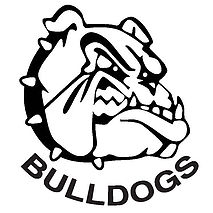 The Orleans Community Schools serves over 860 students in two buildings K-6 and 7-12.

The district provides an outstanding academic curriculum as well as a full program of music, art, drama, and athletics. This is all evident by the numerous State level championship awards in various academic fields. The Orleans athletic department fully supports all of the sports programs for all grade levels, developing a sense of pride, dedication and teamwork that has warranted many team and individual athletic achievements.

Orleans Elementary School was awarded an “A” grade from the Indiana Department of Education. Indiana schools receive an A-F grade based upon academic achievement and academic growth. OES student academic achievement on State Testing is annually one of the highest in Southern Indiana. Multiple times the school has received the “Four-Star School” award, Indiana’s highest award for academic achievement.

Orleans Jr-Sr High School was awarded an “A” grade from the Indiana Department of Education. Indiana schools receive an A-F grade based upon academic achievement and academic growth. Recently the school was named a “Top Gainer”, the highest award presented by the American Student Achievement Institute for academic growth. The school has been named a “Best Buy” by the Indiana Chamber of Commerce multiple times. This award is based upon academic excellence while providing a good value for Hoosier tax dollars. In addition Orleans Jr. Senior High School received “Honor Roll “ distinction for excelling academically despite having at-risk demographics above the state-wide median. Of all the “Best Buy schools in the state, the Top three are recognized as “Head of the “Class.” Orleans Jr.-Sr. HS is proud to have earned this distinction.